On February 1, Vice President Joe Biden and Dr. Jill Biden host a reception at their home in honor of Judith Jamison and the Company. Guests included members of the Cabinet and Congress, as well as students from DC’s Duke Ellington School for the Arts.

On February 4, The Smithsonian‘s National Museum of American History announces the donation of Judith Jamison’s costume from Alvin Ailey’s The Mooche to the Museum’s permanent collection.

Executive Director Sharon Gersten Luckman is the 2010 recipient of the University of Wisconsin Alumni Achievement Award, the highest honor bestowed by UW’s School of Education.

The Ailey Extension celebrates its 5th birthday. Since its inception in April 2005, over 35,000 “real people” have taken classes at the Extension, which offers over 75 classes each week in 25 techniques.

Joined the Repertory in 2010 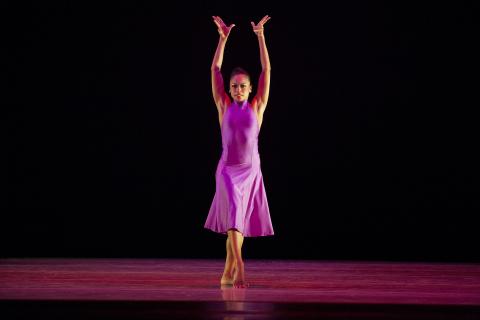