The Joan Weill Center for Dance

The largest building dedicated to dance in New York City,
the dance capital of the world.

The Joan Weill Center for Dance opened in March 2005.  Designed by Iu + Bibliowicz Architects, it is a glorious home for Alvin Ailey American Dance Theater, Ailey II, The Ailey School, Ailey Extension, and Ailey's Arts In Education and Community Programs.  The building is named in honor of Joan H. Weill, in recognition of her and husband Sandy Weill's extraordinary commitment to Ailey over several decades.

Fittingly, the facility is on the site of the former WNET-TV studios, where the Company's first television appearance occurred in the early 1960s. Located in midtown Manhattan, at 9th Avenue and 55th Street, the Joan Weill Center for Dance includes state-of-the-art dance studios, a flexible performance space with seating for up to 275 people, a library, costume shop, physical therapy facilities, lounges, and administrative offices.

About 200,000 people a year come through the doors at The Joan Weill Center for Dance, making it by far the largest and most active destination for dance in New York City. 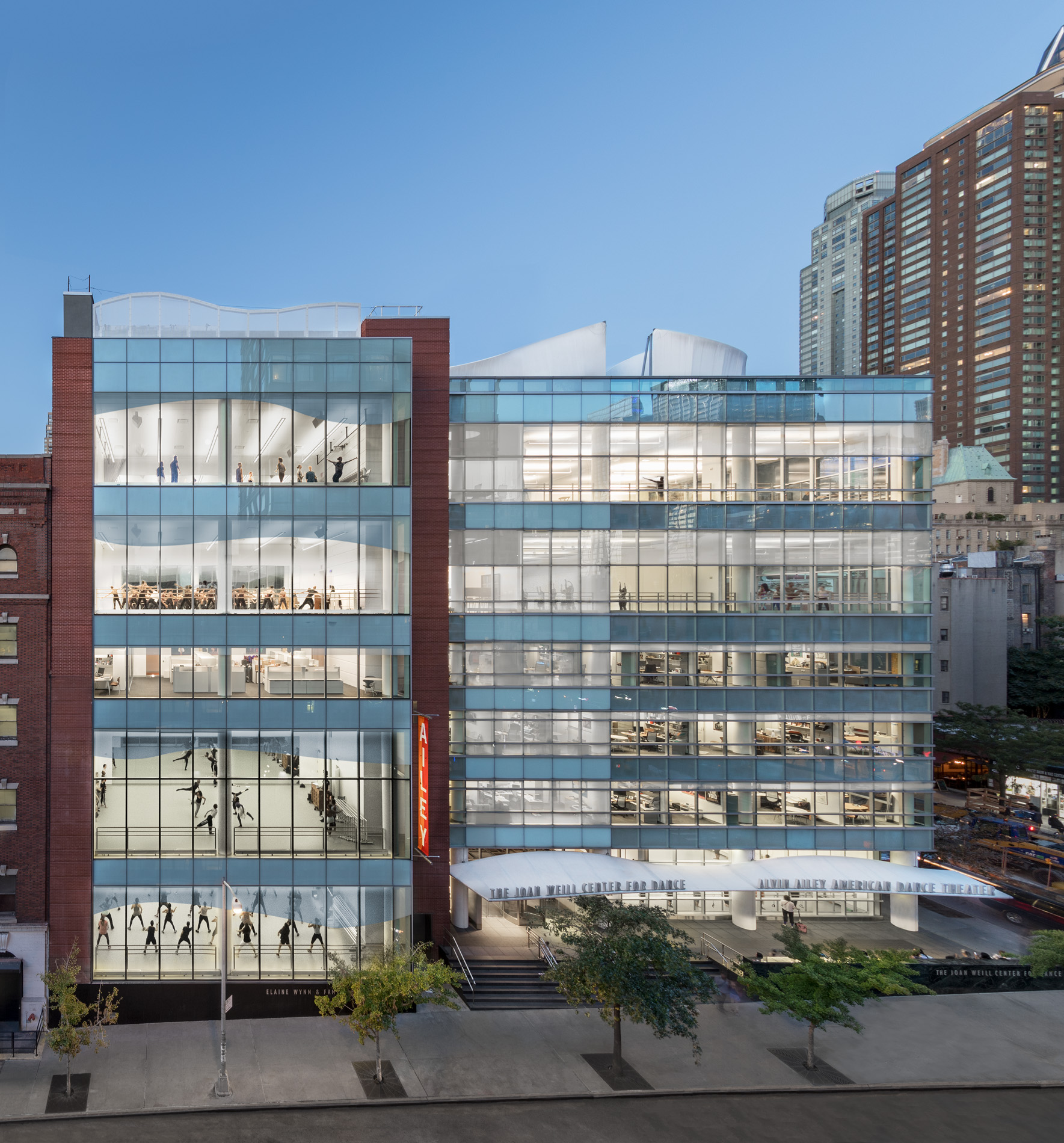 On October 18, 2017, the Ailey organization officially opened the Elaine Wynn & Family Education Wing, a 10,000-square-foot expansion of Ailey’s permanent home, The Joan Weill Center for Dance.  It is named for philanthropist Elaine Wynn and her family, in recognition of their exceptional support for this project.

The Joan Weill Center for Dance

Find the Ailey School or Ailey Extension class that's right for you.